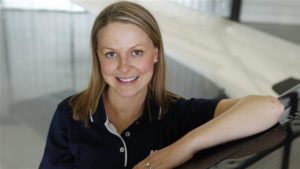 Melissa McCaffrey, the AOPA regional representative for the Western US, made a short visit to Hawaii to meet with AOPA Airport Support Network individuals and the GACH Board of Directors to ascertain the state of Hawaii aviation—boy did she get a ear full.  For several hours we discussed the DOTA issuance of criminal citations at Hawaii airports for minor violations of the HARs, the inability of several members to erect hangars, the effects of short term permits (leases) for State-leased buildings, the high rent fees at Honolulu Airport (and others airports where facilities are sub par), the State DOTA perceived effort to eliminate GA from Honolulu Airport, the reluctance of senior DOT officials to meet with GA, the unwillingness of DOTA to correct errors with the HRSs, HARs and other aviation documents, the fair distribution of aviation money among airports and other topics too numerous to mention.

Melissa and Rob Moore visited several senior legislative members including Sen Kouchi, President of the Hawaii Senate, Sen Inouye, Chair of Transportation, Sen Kahele (one of few pilots in the legislature), Sen Gabbard’s office, V Chair of Transportation, Sen Espero, V President of the Senate, and several Representatives.  The main purpose of the visit was to build a base for a future aviation caucus in the Hawaii legislature that can assist lawmakers in formulating bills that address aviation concerns.  To help in the caucus formation, AOPA and GACH will need to have its members contact their representatives (both the House and the Senate) stating that they live in their district, are an active aviation supporter and need their assistance to support a formation of a Hawaii aviation caucus.  With the elections coming up, you will get the ears of your representatives.  Attached to this article is a list of lawmakers whose districts touch a Hawaii airport and should be interested in joining the caucus.  GACH also recommend visiting the www.capitol.hawaii.gov web site for a complete listing of all Hawaii legislators.

AOPA will be visiting Hawaii again in January-February 2017 to organize another Hawaii Aviation Day at the State Capitol.  We hope to reach more legislators during this event.  As details are finalized, GACH will send out emails and web site notices on what is planned.