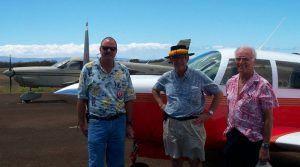 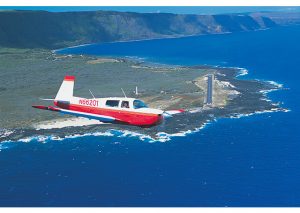 It is my sad duty to inform you that HNL’s William A. “Willy” Schauer made his final flight West. Willy enlisted in the Army Air Corps shortly after Pearl Harbor and served as an aircraft mechanic during WWII, later in the Hawaii Air National Guard, went through pilot training as an Aviation Cadet in 1950, flew combat in the P-80 in Korea, was Commander of the 558th Tactical Fighter Squadron (F4) at Cam Ranh Bay in Vietnam In 1968 and as Vice-Commander of the 8th Tactical Fighter Wing (Wolf Pack F4s) at Ubon, Thailand in 1971. Willy went from no stripes on his sleeve to eagles on his collar in a 30 year military career. He also worked out of the HNL T Hangars. Willy was much loved and will be missed by all who were fortunate enough to know him. Services are pending.
Rob Moore
Posted in GACH.