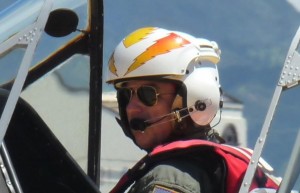 The title of this narrative is taken from the 1976 thriller movie Marathon Man starring Dustin Hoffman and Laurence Olivier where Hoffman’s character is abducted from his apartment by muggers, and Olivier’s character tortures him using a dental probe on a cavity in his tooth and repeatedly asking “Is it safe?” (to retrieve diamonds).  The question is repeated incessantly throughout the movie making it an iconic and “unnerving” phrase.

It was cloudy this morning with passing showers, some moderately heavy. The familiarization flight had been rescheduled from last Saturday due to high winds and heavy gusts.  My charge showed up on time by Uber and I greeted her at the door.  I invited her into my office for an orientation to flying in general aviation aircraft. 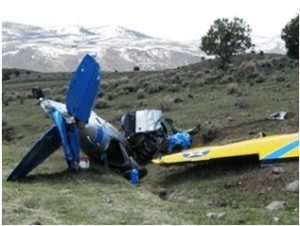 After introductions, my guest admitted she had never flown in a small airplane before but I tried to convince her that it is only slightly different than the Boeing 777 she flew on her way to the islands.I have flown many folks on their first-ever flight in a small general aviation airplane and not a single one has ever asked me “Is it safe?”  That is, until now.  Actually I have been waiting for this opportunity to extol the wonders of flyingsafely in a small airplane with all the associated fun and excitement.

My passenger (at least she was still a passenger at this time) sat quietly and listened closely as I explained the exciting and different types of flying permitted in this country.  I told her of flying the DMZ border with North Korea in an Army helicopter, the great thrill of my first rescue in a Coast Guard helicopter, my first flight as a Captain on 737, the thrill of landing on an oil rig and the world record setting flights in my Grumman.  That is when I dropped the other shoe.  I told her it was as safe….or dangerous as the airline flight she took to get her to the island.She looked puzzled. 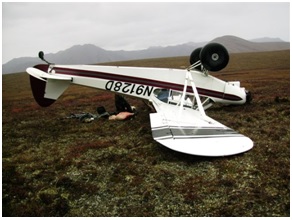 As a way of explanation, I told her that every flight is only safe as the pilot decides it will be.  I reasoned that after all the training is complete and the pilot is qualified and provided with a mechanically sound aircraft, the rest is up to the pilot. That is when the flight either turns out to be safe or hazardous.  If the pilot is knowledgeable, possesses the basic flight skills, understands the flight setting, is diligent during the flight, with a professional attitude….it should be very safe.

The media and others would have you believe that all small aircraft crashes culminate in plowing straight into granite or water, this is far from accurate.  According to accident reports from AOPA, approximately 75% of all aircraft accidents result in little or no injury to the pilot or passengers.  Most accidents in small aircraft (70-75%) are due to pilot error.  Human error is the main reason for these accidents, not mechanical failure or weather.  When accident details are examined and understood it is easy to see that relatively minor issues such as hard landings or wing dings are included where no one is even slightly bruised.  Yet these are lumped into the “fatal crash” basket of deplorables. 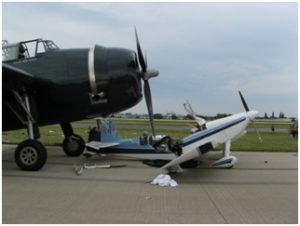 Safe flight is often compared to safety in the automobile.  Both are focused on managing risk.  Risk management is much easier with airplanes than with automobiles. In a car, you are always at the mercy of the other crazy drivers. If a Kenworth or Peterbuilt semi crosses the line into your lane, it will be over very quickly. Traffic hazards in flight are mostly experienced around busy airports. Yet if you are killed in an aviation accident it is more likely a result of some catastrophic failure of the airplane or you flew it into the ground.

There are 16 fatal accidents per million hours of general aviation flight. The death rate for automobile driving is roughly 1.7 deaths per 100 million vehicle-miles. Car crashes don’t always kill everyone in the car so we will assume that a passenger riding in a car is killed rather than the entire car is totaled. If you consider a million hours of flight with a speed of 100mph, then you have passengers travelling over a 100 million miles.  Therefore, if you compare 16 fatal accidents with the 1.7 rate for cars, flying is less than 10 times as risky each mile traveled.  Considering that most aircraft accidents occur on takeoff or landing, it can be extrapolated that a Mooney could be considered as safe as a car. 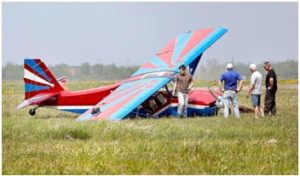 Now that the image of small aircraft crashes is clear, we need to be very clear about something else.  Flying can be extremely hazardous.  Yet, it remains the purview of the pilot to determine level of safety throughout the flight.  Safety of flight is less about the act of flying by manipulating the flight controls and much more about the approach to flying employed by the pilot.  Most of us pilots think we are good pilots and we measure up.  However, from a passenger point of view there is no framework to determine if a pilot is safe and competent.  “Is it safe?”

The most dangerous statement which could ever be uttered by a pilot would be something like “I will arrive at 1800 at the XYZ airport”.  Any pilot promising to be at a specific place at a definite time while flying a general aviation aircraft is not honest.  Any weather or other circumstances can almost certainly change that bold statement.

Consider John F. Kennedy Jr.’s tragic final flight. JFK was trying to get to Martha’s Vineyard for a special event.  Pundits blame weather, darkness, visibility or IFR conditions, while others blame his decision to fly over water.  Still others say if JFK had finished his instrument rating nothing would have happened.  All these speculative ideas are fine except for one fact:  A general aviation aircraft is not a scheduled airliner so any attempt at scheduled service is foolish at best.  If you have never heard before, please remember this phrase:  “Time to spare…..go by air”.  Remember that the general aviation airplane is a recreational vehicle with transportation as a side benefit.  Yes Virginia, it is safe to fly in general aviation aircraft.