A Piper Malibu Pa-46 and a Cessna Skyhawk C-172 collided while converging on the same runway at North Las Vegas (KVGT) airport on Sunday July 17 which resulted in four fatalities.

North Las Vegas is a busy airport with regional airline, air taxi, some military and instructional activities on two parallel and one intersecting runways. The accident occurred in clear weather conditions. The Piper was cleared to cross the airport midfield from the east for a left base to Runway 30L while the Skyhawk was performing pattern work in a right-hand traffic pattern to runway 30R. The ADS-B track shows the Piper crossing the runway at considerable speed entering a tight 270 turn towards the runway. The PIC then either overshot the final for RWY 30L or was confused about the runway assignment and collided with the Skyhawk lined up on short final for RWY 30R.

It is untimely to speculate on the details of this tragedy but the loss of situational awareness on the part of the Malibu pilot and an non-stabilized approach are assuredly factors. If there are lessons to be learned at this point it is that midair collisions occur in good weather conditions without limited visibility, and the necessity to be aware of other traffic and to keep visual contact. Panel- or iPad-based traffic alert systems are inappropriate to keep traffic in sight that is only a few hundred feet away and may provide distracting information on irrelevant targets. The similarities between Kalaeloa and the North Las Vegas airports are obvious, both in layout and the type of traffic. It is challenging for flight instructors to divide attention between supervising a student pilot while keeping traffic in sight when there are multiple airplanes in the pattern but it is essential to maintain this discipline. 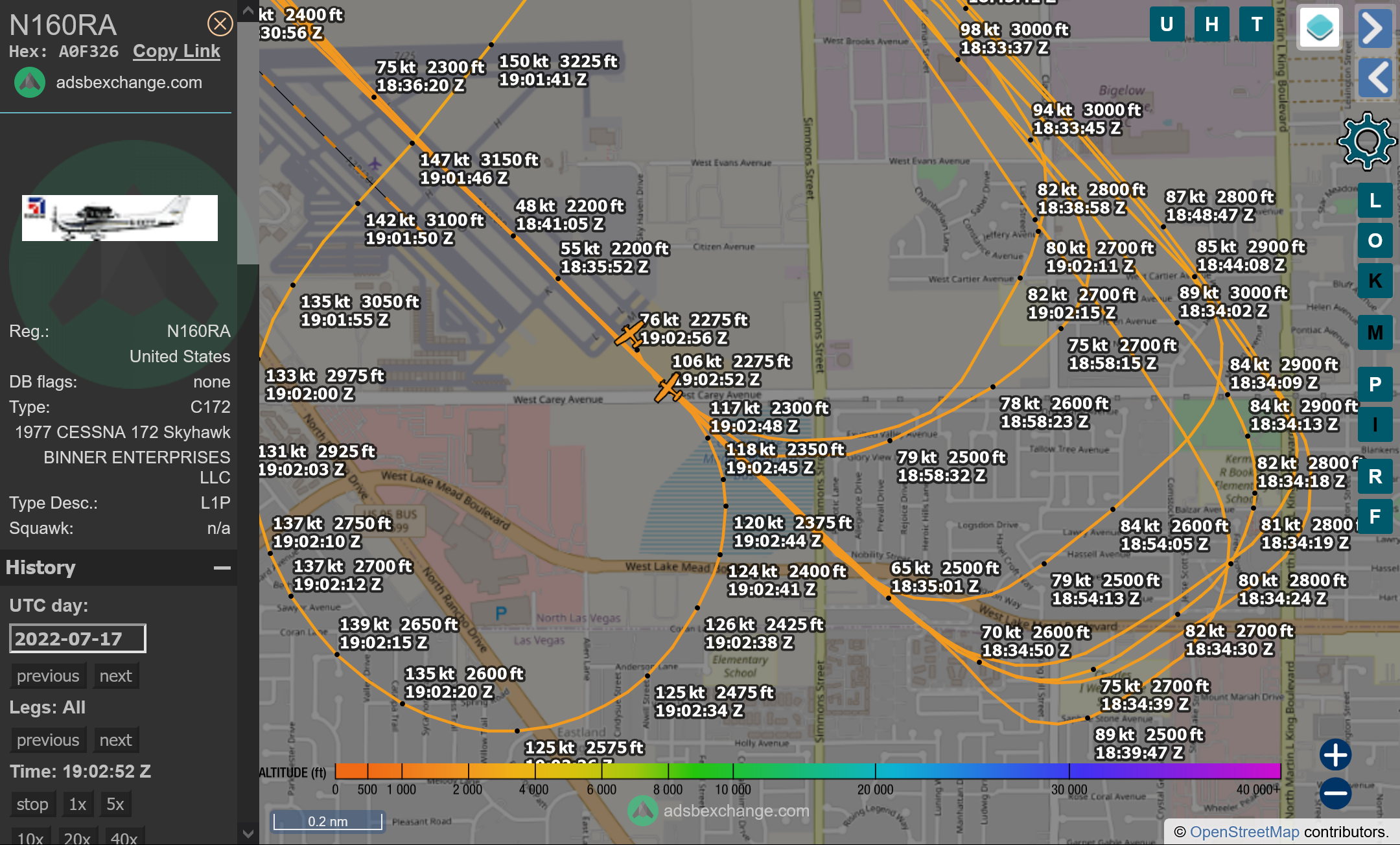